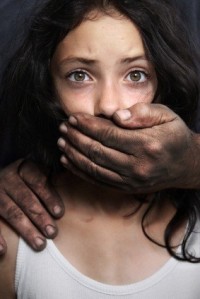 Domestic violence is present in at least one-third of the families involved in child protective services (CPS). Yet, until recently, CPS has not directly addressed domestic violence in its handling of child abuse and neglect cases.  In recognition of the connection between domestic violence and the risk of harm to children,

TOO LITTLE TOO LATE!

Historically, when domestic violence was identified, CPS workers have often misunderstood its dynamics and held battered mothers responsible for ending it.  If the mother wouldn’t leave the situation, the children would be removed from the mother.

CPS workers only have a few mandatory hours of Domestic Violence training. They don’t have the expert training to recognize the subtle emotional and behavioral signs on children in such horrific situations, emotional abuse and psychological abuse in particular. The CPS worker will fall right into the trap of believing the manipulative persuasive abuser and fail to realize how the victims are protecting the abuser.

STAND UP FOR YOUR RIGHTS!

If you are involved in a CPS investigation, ask the worker on the first visit to please bring in a Domestic Violence worker. Until they don’t bring one, you don’t have to allow them in. The DV workers are trained to pick up on children who were manipulated. This is to your advantage.

My Blog https://autismcustodybattles.wordpress.com
View all posts by autism custody battles →
This entry was posted in Autism and Custody Battles are happening. Bookmark the permalink.